You Must Protect Yourself 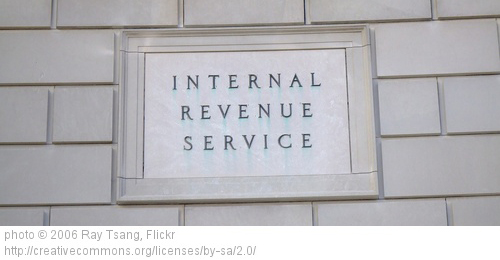 On January 11, 2012, National Taxpayer Advocate Nina E. Olsen released her annual report to Congress. According to Olsen, as a result of underfunding and increasing workload, the Internal Revenue Service continues to create problems for taxpayers that result in inadequate taxpayer service, erosion of taxpayer rights and reduced tax compliance, which means that compliant taxpayers pay proportionally more tax, while others get away with paying less.

One of the major problems cited by Olsen is the use of “shortcuts” by the Internal Revenue Service. The IRS has increased the use of automated procedures to “adjust” returns. These “adjustments” are found by computer and are not consider audits, so taxpayers do not have the usual procedural protections provided by an audit. Throughout the report, Advocate Olsen describes IRS practices that “harm taxpayers by acting on assumptions of noncompliance arrived at by automated processes that do not solicit, encourage or allow taxpayer response.”

Olsen also cites an IRS program known as “Operation Mass Mail.” Under this program, the IRS “auto-voided” about 900,000 tax returns in 2011 and did not even give notice to the taxpayers to allow them to respond. To make matters worse, in tens of thousands of these cases, the IRS later marked the accounts with a code that showed that the IRS was mistaken and that the return was submitted by a legitimate taxpayer. Olsen’s report expresses concern that this “auto-void” procedure violates the United States Constitution’s due process guarantees by failing to give notice and an opportunity to respond when the government suspects fraud.

The report also details how the IRS fails to respond to taxpayer calls and correspondence. From 2004-2011, the percentage of phone calls that the IRS answered from taxpayers seeking to speak with a representative dropped from 87% to 70%. Over this period, the IRS’s ability to timely respond to taxpayer correspondence also fell. The percentage of correspondence in the “tax adjustment inventory” classified as “over-age” (45 days or older with no resolution of the problem) increased by 309 percent.

The IRS cannot protect the taxpayer. You must protect yourself with reliable tax resolution services. From audit resolution to wage garnishment assistance, we can help resolve your tax trouble. Call us today for help with IRS dilemmas.